Bar Mitzvah ( Hebrew pronunciation Bar- Mits-vah’) means “liable to the commandments” or literally, “son of the commandments. In Judaism it signifies a boy who has come of age, or the ceremony and celebration marking his coming of age. The Bar Mitzvah ceremony is normally performed when a Jewish boy is thirteen years old. For converts or those who wish to renew their vows, it may be performed at a later age. For girls, a parallel ceremony, the Bat Mitzvah , has evolved in recent years. The Bat Mitzvah usually takes place at age twelve, but increasingly it is being held at age thirteen for girls as well, in parallel with the ceremony for boys.

Responsibilities of a Bar Mitzvah

Prior to Bar Mitzvah, observance of the commandments is encouraged, but not required. A boy who has become Bar Mitzvah has the responsibilities and rights of an adult Jewish male under Jewish law. These include:

• Moral and legal responsibility for their own actions
• Eligibility to be called to read from the Torah and participate in a Minyan May own personal property
• In theory, they may be legally married according to Jewish law – but this is generally not practiced.
• Following the 613 commandments of the Torah
• Orthodox boys who are bar-mitzvah must put on tefillin (phylacteries) daily, pray three times each day and attend services.

History of the Bar Mitzvah

In biblical times, the age of majority was apparently twenty years. By the time of the Mishnah, persons thirteen years old or older were considered responsible for their deeds, but the term Bar Mitzvah was not used until the Middle Ages, and the increasingly elaborate ceremonial rites and celebrations attendant the coming of age have evolved since that time.

Preparation for the Bar Mitzvah Rite

The Bar Mitzvah rite in most orthodox and conservative congregations requires reading from the Torah and prophets in Hebrew, with a special “melody” that is determined by marks in the Torah scroll (“ta’amim”), a system that preceded musical notes. Additionally, most Diaspora Jews today do not learn Hebrew. Therefore, many months and even years of preparation are needed before the Bar Mitzvah boy can participate in the Bar Mitzvah rite as it is done in Orthodox congregations.

Religious Rites of a Bar Mitzvah

On the Shabbat (Saturday) following his thirteenth birthday according to the Hebrew calendar, a boy who is to be Bar Mitzvah is called to the Torah (aliyah) in the synagogue, and says the blessings over the Torah and customarily reads the daily portion of the Torah as well as a portion of the prophets, called the Haftarah. The father of the Bar Mitzvah boy says the following prayer (variants in parenthesis):

In transliteration:
Baruch (ata adonay eloheinu melech haolam) shepitrani monsho shel zeh.
Meaning:
Blessed (art thou O Lord of the Universe) who has relieved me of the punishment of this one.

In Sephardic synagogues, it is customary to throw candy at the Bar-Mitzvah boy.

It is generally customary to hold a festive Kiddush ceremony in the synagogue after the Bar Mitzvah. In addition, an increasingly elaborate reception at home, in a hall or in Israel, has evolved, especially in the United States and Israel. The Bar Mitzvah boy is often called upon to give a speech explaining what the Bar Mitzvah means to him. Some families from the Diaspora hold the Bar Mitzvah ceremony in Israel Favorite locations for these ceremonies are the Wailing Wall, the Southern wall of the temple, the tunnels beneath the city and the citadel of David.

People who did not have a Bar Mitzvah, those who wish to renew their commitment to Judaism or those who reach the age of 83 sometimes have a late or second Bar Mitzvah. As the biblical life span is 70 years, an 83 year old may be thought of as one who was born again and lived an additional thirteen years. Actor Kirk Douglas celebrated a second Bar Mitzvah at age 83. 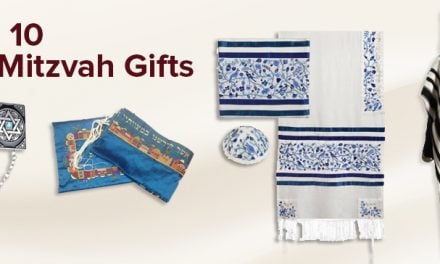