The basis of Jewish marriage customs are elaborated in the Mishna and Talmud. The Torah itself provides little guidance beyond elaborating the various marriage connections that are forbidden.

Marriage is considered a very desirable state in Judaism and is much encouraged. Only obscure sects like the Essenes were celibate. The Talmud states that an unmarried man is constantly thinking of sin. It relates that when an older rabbi was introduced to a young unmarried rabbi, he told the younger one not to come into his presence again until he was married.

Marriage is not solely for the purpose of procreation in Judaism, though if a wife is barren it can be grounds for divorce according to some traditions. Traditional commentators note that companionship, love and intimacy are the primary purposes of marriage, According to Genesis 2:18 woman was created because “it is not good for man to be alone,” rather than because she was necessary for procreation.

Marriage is not a sacrament in Judaism and does not in theory require the presence of a rabbi or other religious official. It is enough for a groom to give his intended bride a ring and say “Harei at mekudeshet li Kedat Moshe veyisrael” (Behold thou art sanctified to me according to the religion of Moses and Israel), preferably in the presence of witnesses. The ring is a symbolic payment to the bride that cements the contract, but it is not “purchase” of the bride. A woman cannot be married without her consent.

Though a rabbi is not required in theory, long tradition calls for the presence of a rabbi and in Israel, Orthodox rabbinical approval is required for the marriage to be registered. The rabbinical authorities ensure that the couple are both Jewish according to halachic Jewish law, and that neither are married or are forbidden to each other by reason of close relationship or otherwise.

There are two types of prohibited marriages in Judaism: those that are invalid, and the issue of which are Mamzerim (illegitimate) such as marriage of close relatives, and those that are prohibited but are recognized if they occur. Close relatives such as siblings are not allowed to marry, and one is not allowed to marry x-wives of certain close blood relatives, a woman who has not been validly divorced from her previous husband, the daughter or granddaughter of his ex-wife, or the sister of his ex-wife during the ex-wife’s life time. These marriages are invalid.

A Kohein (descendant of the priestly class) is not allowed to marry a divorcee, a convert, a promiscuous woman, a woman who is the daughter of a marriage forbidden to a Kohein, or a woman who is the widow of a man who died childless but who has been released from the obligation to marry her husband’s brother (Levirate marriage). A Kohein who undertakes such a prohibited marriage forfeits his status as a Kohein, and his offspring are not considered to be Kohanim.

Monogamy was the informal rule, but not the law, in Jewish society until the eleventh century, when Rabbi Gershom made it law for Ashkenazic Jews. The law of Rabbi Gershom was not enforced among Jews in Arab countries, but the marriage contract (Ketubah) usually included a clause promising not to take a second wife.

There are three stages in marriage in Jewish law: engagement, betrothal (Kiddushim) and Marriage (Nissuim). A wife may be acquired through money, a contract or sexual intercourse with intent to marry according to the Mishnah (Kiddushin 1:1). In practice all three conditions are usually satisfied, but the “money” is usually in the form of the wedding ring. The stages of Kiddushim and Nissuim in modern times are generally combined in a single ceremony.

In orthodox Judaism, the bride has a ritual bath (Mikveh) up to two days before the wedding, typically during the night. In some traditions, the groom also ritually bathes, or has an ordinary bath, before the wedding.

As a formal requirement of the marriage ceremony, the husband gives the wife a Ketubah, or marriage contract. This document specifies the husband’s obligations to the wife during marriage, conditions of inheritance upon his death, and obligations regarding the support of children of the marriage. It also provides for the wife’s support in the event of divorce, usually a cash payment. There are standard conditions. Additional conditions can be included by mutual agreement. It is a kind of prenuptial agreement similar to those that have become common in the United States. However, the Ketubah is often only a formality and the promised sums of money are symbolic.

Seven Blessings are recited at the wedding, and according to Orthodox traditions, on feasts held on each of seven nights (“Sheva Brakhot” – Seven Blessings) after the wedding. The blessings are taken from the Babylonian Talmud tractate of Ketubot, sometimes arranged in different order and are to be reciting with a Minyan of Jewish men if possible. They are:

3. Baruch Ata Adonai Elohainu, Asher Yatzar Et Ha’Adam Betzalmo, b’Tzelem Dmut Tavnito, VeHitkon Lo Mimenu Binyan Adei Ad. Baruch Ata Adonai Yotzer Ha’Adam
Blessed art thou oh Lord our God, king of the universe, who fashioned Man in His image, in the image of his mold and prepared for him from himself a building for eternity. Blessed Blessed art thou O Lord who fashioned the Man.

4. Sos Tasis VeTagel HaAkarah, BeKibbutz Bane’ha Letocha BeSimchaa. Baruch Ata HaShem, Mesame’ach Tzion BeVaneha
Bring intense joy and exultation to the barren one through the ingathering of her children amidst her in gladness. Blessed art thou O Lord, who gladdens Zion through her children.

6. Baruch Ata Adonai Elohainu Melech HaOlam, Asher Barah Sasson VeSimcha, Chatan VeKalah, Gila Rina, Ditza VeChedva, Ahava VeAchava, VeShalom VeRe’ut. MeHera HaShem Elokeinu Yishama BeArei Yehudah U’Vchutzot Yerushalayim, Kol Sasson V’eKol Simcha, Kol Chatan V’eKol Kalah, Kol Mitzhalot Chatanim MeChupatam, U’Nearim Mimishte Neginatam. Baruch Ata HaShem MeSame’ach Chatan Im Hakalah.
Blessed art Thou O Lord our God, king of the universe, who created joy and gladness, groom and bride, mirth, glad song, pleasure, delight, love, brotherhood, peace, and companionship. Oh Lord, our God, let there soon be heard in the cities of Judea and the streets of Jerusalem the sound of joy and the sound of gladness, the voice of the groom and the voice of the bride, the sound of the grooms’ jubilant shouts from their canopies and of the youths from their song-filled feasts. Blessed art thou who gladdens the groom with the bride.

In Orthodox ceremonies the bride is covered or veiled and is led by bridesmaids carrying candles to the Chupah (wedding canopy). The Kiddushin ceremony consists of providing and reading the Ketubah, the marriage contract, the bride circling the groom, drinking of wine and reciting of blessings, and the exchange of rings.

In the wedding ceremony (nisuin or “elevation”), the couple must stand under the (chupah) canopy. The Chuppah is said to symbolize the couple’s new home together. The bride and groom recite the seven marriage blessings and share a glass of wine. The groom then breaks a glass under his foot. This custom is supposedly done in mourning for destruction of the Temple. It is also variously claimed to be borrowed from an ancient Roman custom that may have had the purpose of warding off evil spirits or symbolized the taking of the bride’s virginity.

The couple are now married, to shouts of “Mazal Tov” and singing.

Following the ceremony, the couple retire briefly to spend a few minutes together, symbolizing consummation of the marriage. The Yihud is obligatory under Jewish law.

The ceremonies are followed by a festive meal and celebration with music and dancing. Orthodox couples will spend the following week going to festive meals at their friends’ houses, while others will go off on their honeymoon.

The Significance of the Jewish Henna Ceremony 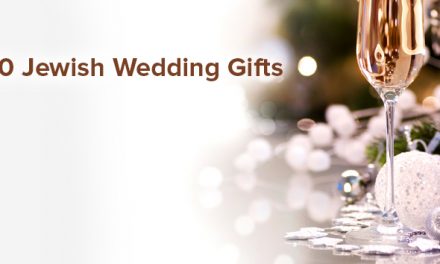