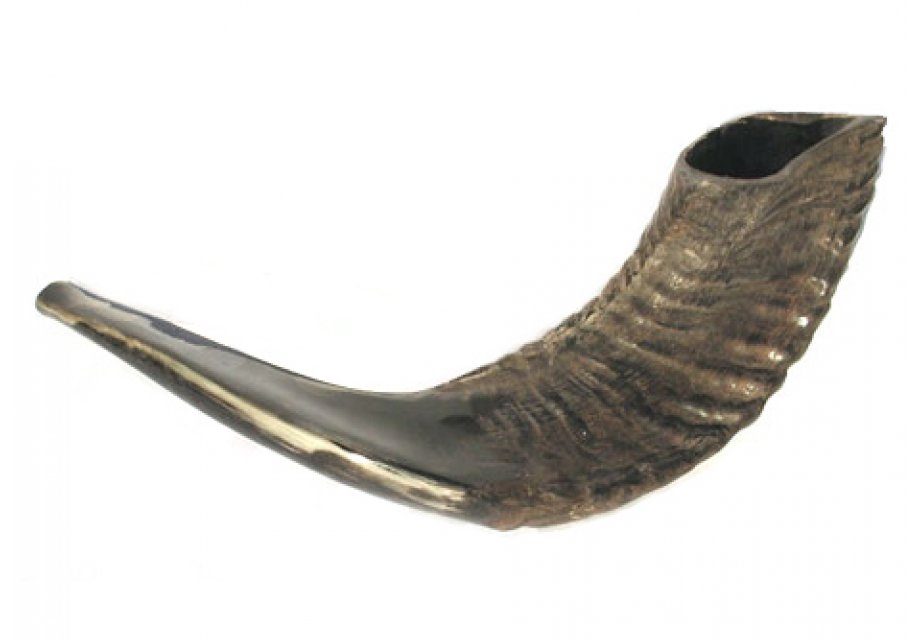 Real Origin of the Shofar’s Significance: The Rabbi’s Rule

Although the Mishnah cites the origin for the sounding of the Shofar based in the Hebrew Scripture, the actuality is that the Mishnah and Talmud regularized and legitimatized the Shofar’s predominance at both Rosh HaShanah and Yom Kippur after the destruction of the Second Temple.

The Shofar [blown in the Temple] at the New Year was [made from the horn] of the wild goat, straight, with its mouthpiece overlaid with gold. And at the sides [of them that blew the Shofar] were two (that blew upon) trumpets. The Shofar blew a long note and the trumpets a short note, since the duty of the day fell on the Shofar.

The Mishnah thus emphasizes that in Rosh HaShanah symbolized the Shofar; the trumpets, the other special days.

However, Hoenig does not trace a specific sacrifice relating to the sound of the Shofar at the Temple ritual for Rosh HaShanah.

Zeitlin traces the history of prayer as essential for history of religion because it traces the evolution of humankind’s relationship to God.

He indicates that, biblical horns blasts indicate a plague or another calamity. In many cases such blasts called an assembly, blew the Shofar and fasted, (Joel 2.15-16.)

Indeed, we learn that the Holiness Code that set apart a sacred occasion commemorated with loud blasts (Lev 24) as Zikhron tru’ah (commemoration by blasting) Also found in Num 29:1. The sounding of horns had various functions in Ancient Israel, as well as elsewhere in the Middle East. Usually, it was a method of assembling the people before moving on to a new location or of mustering troops for battle. Cultic uses as well. Here it is hint that there is a pilgrimage day at full moon (Sukot) (JPS Torah Commentary, Leviticus, p 160.)

The later prophets, however, preached the universality of God. They ceased calling the Temple, the house of God. Indeed, the universality bespeaks omnipotence and omnipresence. Isaiah declares: “Thus, said God, the heaven is My throne, and the earth is My footstool; where is the house that ye may build unto Me? Where is the place that may be My resting place?” (Isa. 66.1).

The Hebrew Scriptures note that the first day of the seventh month shall be one of remembrance by sounding the blast of the horn (teruah). Though the practice of blowing trumpets is generally associated with the offering of sacrifices, as recorded in Numbers 10: 10: “And in your day of gladness and in your appointed seasons and in your new moons, ye shall sound with the trumpets (hatzotzerot) over your burnt offerings and over the sacrifices of your peace offerings, and they shall be to you for a memorial before your God,”

The Scriptures are support that “the blast of the horn” (tekiat shofar) is singled out on the first day of the seventh month (Rosh HaShanah) as an exceptional rite. Nevertheless, there are numerous verses that cite hatzotzerot (trumpets) associated the sacrificial cult, performed by Hezekiah, hatzotzerotin deed play a significant role. 4 Yet the Bible generally associates “blasts of sound” with Shofar, announcing assembly, travel or war. (Num. 10:1 ff.; 1 Chron. 15: 24.

Apparently hatzotzerot were the usual Temple musical instruments whereas Shofar was only for special occasions. Cf. “Musical Instruments,” Interpreter’s Dictionary of the Bible, p. 472.

ORIGINS OF THE ROSH HASHANAH LITURGY

The delineation of Shofar for Rosh Hashanah and hatzotzerot for customary sacrifice became an early biblical norm. Hatzotzerot (trumpets) were used at every new moon at the sacrificial service; Shofar was an added distinction of the new moon of the seventh month, based upon the biblical nomenclature, Yom teruah, “a day of sounding the horn” or “trumpet day.”

Indeed, Philo (a 1st century Jewish/Hellenistic historian/philosopher mentions that there was a double sacrifice on Rosh HaShanah (The Special Laws I, I80 (Vol. VII, Loeb Classical Library). However, Josephus, former Israeli general who became allied with the conquering Roman authorities, does not mention the blowing of the Shofar for the seventh month. ((Ant. 3. Io. 2 [239]))

At this point, we introduce some ambiguity of language. Though Hebrew usage distinguishes between Shofar and hatzotzerot, the Greek word is the translation for both instruments. Accordingly, when Philo uses the expression “trumpet day,” it is definite that he refers here not to hatzotzerot but to Shofar, (Zeitlin).

Philo’s reasons for the blowing of Shofar on “trumpet day,” therefore, are: a) a reminder of the Sinaitic revelation. b) an instrument of war. c) a thanks-offering to God, the peace-maker and peace-keeper.

On that occasion too the Levites sang Psalm 8I which contains the passage “Blow the Shofar on the new moon, etc.” (Jerusalem Talmud R.H. 59c; R.H. 30b).

After the destruction of the Temple, Rabban Johanan ben Zakkai proclaimed the Shofar be sounded in Jabneh (where his school was located) on Rosh Hashanah, even if Rosh HaShanah occurred on the Sabbath, continuing the practice of the Temple. His subsequent takkonot (proclamations) in this emergency of losing the Temple and replacing it with the synagogue. Expanded the situs to any place in Israel where there was an official Bet Din ( Zeitlin, “The Takkanot of Rabban Johanan ben Zakkai,” JQR (Oct. 1964), p. 290.)

The practice of sounding the notes of the traditional Shofar sounds finds some support in bible for tekiah and teruah. However, there is no order given as to the order or pitch, timbre, or intensity. The manner of observance of Yom Teruah (day of blasting) or Zikron Teruah (memorial of sound) is not specified. Such is set forth only in the Mishnah Rosh Hashanah where a third note was instituted by Rabbi Abbahu of Caesarea (circa 300 C.E.) was accepted as the correct mode to be followed. RH 34a

In Jabneh and in Usha, the predominant cities for the Jewish communities after the destruction of the Temple, the now dominant Rabbi’s issued takkonot to ease the transition of society to a diasporac condition. Among the ritual changes were the designating benedictions accompanying this ancient rite of Shofar sounding, known as Malkuyot (Kingship), Zikronot (Remembrance) and Shoforot (horn blasting).

Indeed, an examination Psalm 81 reveals that basically it contains the elements of Malkuyot, Shofrot and Zikronot, though not so named or even stressed. (Hoenig) 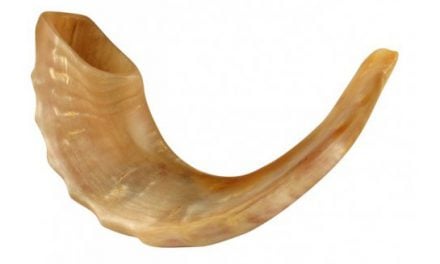 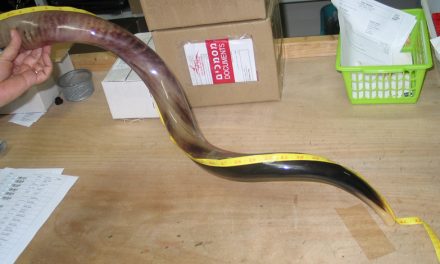