The Passover holiday commemorates the liberation of the Jewish people from bondage in Egypt, under the leadership of Moses. It begins on the evening of the 14th day of the Hebrew lunar month of Nissan (usually in April), on the day of the full moon, and lasts for seven days in Israel. In the Diaspora, orthodox Jews add an additional day, a tradition that arose because of the uncertainty in determination of the date of the full moon. The second day of Passover begins the count of 50 days of the “Omer” which culminates in the holiday of Shavuot.
Don’t miss our collection if you are looking for Passover Gift or Unique Seder Plate.

Origin of the name Passover

In Hebrew, Passover is called “Pesa’h” (final ‘h is a ‘het as in ‘Haver and ‘Hamas) – meaning “pass over” and likewise in most other languages, both Passover and the Christian holiday called Easter that is derived from it, are given a name that means “passed over.” The bible relates that the Lord afflicted the Egyptians with 10 plagues before Pharaoh would consent to release the Israelites. The tenth plague was to kill every first born in Egypt. Jews were commanded by the Lord to sacrifice a lamb and smear its blood on the doorposts of their houses, so that the angel of death would pass over their houses and spare the Israelite first born. Following this last plague, Pharaoh consented to allow the Jews to go and worship their God in the desert, but he changed his mind. The Bible relates that the Egyptian chariots caught up with the Jews at the “Yam Suf” or “Reed Sea” but God performed a miracle, allowing the Jews to pass through the parted waters of the sea and then closing the sea on the Egyptian soldiers and drowning them. 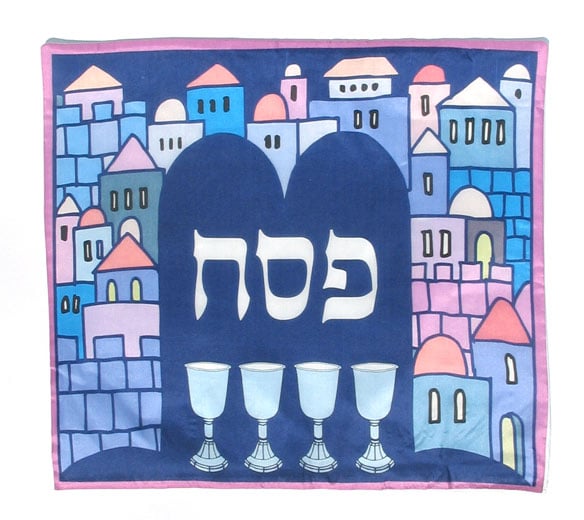 In ancient times, Passover was one of the three regalim, holidays on which the entire nation were to come to Jerusalem to sacrifice at the temple and celebrate. Though it is difficult to believe that such a large number of people would be accommodated in Jerusalem, the custom was apparently kept, at least on Passover. Josephus Flavius, who recorded the history of the Jewish wars and the fall of Jerusalem to the Romans in 73 CE, relates that Jerusalem was packed with about three million people who had come to celebrate the Passover and were trapped there for the very last Passover celebrated in this way.

The Passover celebration of ancient times consisted in the main of the Passover sacrifice and eating of the sacrificial lamb, commemorating the lamb sacrificed to save the first born children of the Jews, on the first night, and the eating of unleavened bread (Matzoh) on all days of Passover, as commanded in the books of Exodus and Leviticus. The Matzoh is eaten, according to tradition, because the Jews who left Egypt left in a hurry and had no time to allow their dough to rise. It is possible that such “hardtack” biscuits were prepared for journeys because they were easy to carry. 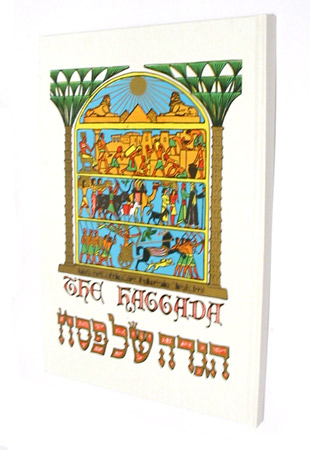 At least from the time of the Talmud, following the destruction of the Temple, Passover is inaugurated with a special meal, called the Seder, that includes the Passover sacrifice, Matzoh and other symbolic foods, and is associated a fixed ritual of prayers, traditional chants and partaking of symbolic foods that is recorded in the Hagadah, a document that evolved from the days of the Talmud, and took on its modern form in the 9th or 10th century.

The Seder is celebrated on the first night and, in the Diaspora, on the second night of Passover, and the last day of Passover is also a full Jewish holiday.

Prior to the beginning of the Passover holiday the house must be thoroughly cleaned to ensure that there is no Hametz – leavened bread or foods that might contain yeast spores. Such Hametz food as must be stored and kept by the Jewish community, grocers and others, or might be missed by the cleaning, is symbolically sold to a non-Jew for the duration of the holiday.

The Seder is celebrated by families, but it is also customary to invite guests, including foreigners and non-Jews, a custom that was originally meant to ensure that every Jew, no matter how poor, could celebrate the Passover.

The Passover holiday became a symbol of liberation from slavery for many peoples, especially African-American slaves. The bondage and liberation of the Jews is celebrated in spirituals and gospel hymns. In modern times, Passover is celebrated by Zionists as a holiday of liberation and nationhood. Passover is celebrated by Jews, Karaites and Samaritans. Along with Hanukkah, Passover is the holiday that is most often observed by American Jews according to surveys. Some Christian denominations have recently adopted the custom of celebrating the Passover Seder. President Obama was the first American president to lead a Passover Seder on April 9, 2009, the second day of Passover.

The Seder Service and Meal

Following is an outline of the Seder service and meal. Some of the customs are explained differently in different traditions, but all of them are part of the Haggadah for all Jews:

Kaddesh: Sanctification – This is a blessing over wine in honor of the holiday. The wine is drunk, and a second cup is poured.

Rechatz: Washing – Ritual washing of the hands without a blessing.

Karpas: Vegetable – A vegetable is dipped in salt water and eaten. The vegetable symbolizes the lowly origins of the Jewish people; the salt water symbolizes the tears shed in slavery.
Yachatz: Halving One of the three matzoth on the table is broken. Part is returned to the pile, the other part is set aside for the afikomen (see below).

Maggid: The Story – A retelling of the story of the Exodus from Egypt and the first Passover. The Maggid opens with the recitation of “Ha Lachma Anya” – the bread of affliction, a chant in Aramaic that invites every Jew who is in need to join the Seder and take part in the meal. The Maggid includes the youngest person asking The Four Questions, a set of questions about the proceedings, answered by the adults. At the end of the maggid, a blessing is recited over the second cup of wine and it is drunk.

Tzafun: The Afikomen – The matzah set aside earlier is eaten as “desert,” the last food of the meal. Different families have different traditions relating to the afikomen. Some have the children hide it, while the parents have to either find it or ransom it back. Others have the parents hide it. The idea is to keep the children awake and attentive.

Barech: Grace after Meals – The third cup of wine is poured, and grace after meals is recited. This is similar to the grace that would be said on any day. At the end, a blessing is said over the third cup and it is drunk.
Elijah’s Cup – The fourth cup of wine is poured, including a cup set aside for the prophet Elijah. The door is opened for a while at this point. Supposedly, this custom was initiated during the Spanish Inquisition when Jews celebrating Passover in secret opened the door to make sure that spies were not listening.

Hallel: Praises – Several psalms are recited. A blessing is recited over the last cup of wine and it is drunk.

Nirtzah: Acceptance – A song stating that the Seder has been executed and completed properly and hoping that it is acceptable is recited. It concludes with the wish “Next Year in Jerusalem” or in Jerusalem, “Next year in rebuilt Jerusalem,” referring to restoration of the temple with the coming of the Messiah. According to modern orthodox Jews this refers to restoration of the temple with the coming of the Messiah, but according to Zionist Jews it is a vow or a wish to return to Israel, rather than a prayer for the Messiah. The Nirtzah is actually part of a long poem by 11th century French Rabbi Joseph Bonfils (Ben Tov). The poem was to be recited on the “big Sabbath” – Shabbat Hagadol, preceding Passover. It explains all the laws and proper regulations of the Seder. Therefore it includes the wish that “just as we were privileged to arrange it, so may we be privileged to carry it out.”

The evening is ended with a number of songs or chants, modeled on medieval folk and drinking songs that were apparently in existence at long ago as the 9th century.