The Star of David, Jewish Star, or Magen David means Shield of David. It is one of the most popular Jewish symbols that has been in use at least since Babylonian times.

As popular knowledge, it is said that the young Israelite lad, David, who would later become King David, used a shield in this shape when he went to battle.

The Star of David has many uses in Kaballah:

The six spaces of space plus the center; Up, Down, East, West, South, North and Center.

Star of David in the Zohar

Another kabbalistic meaning is stated in the Zohar:

There are three knots connecting one to another, The Holy One, blessed be He, Torah and Israel. One triangle represents this 3 sided connection on an inner dimension, and the second triangle refers to an external demonsion. The essence of the soul connects with Gods essence through the study of Torah and Kabbalah. The external connection to God is through practical application of these studies.

The number seven has multiple significance in Judaism for example;

The six days of Creation and the seventh day of rest 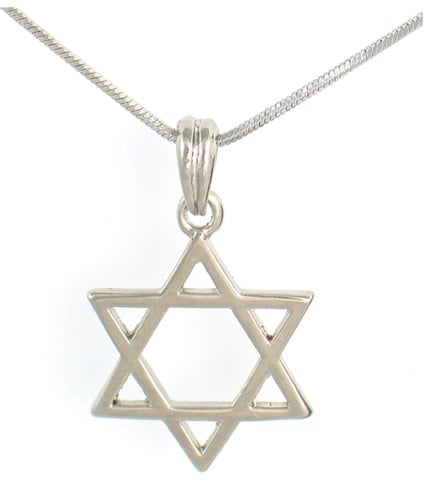 You can buy a Star of David necklace in our online Judaica store: