What is a Mezuzah? 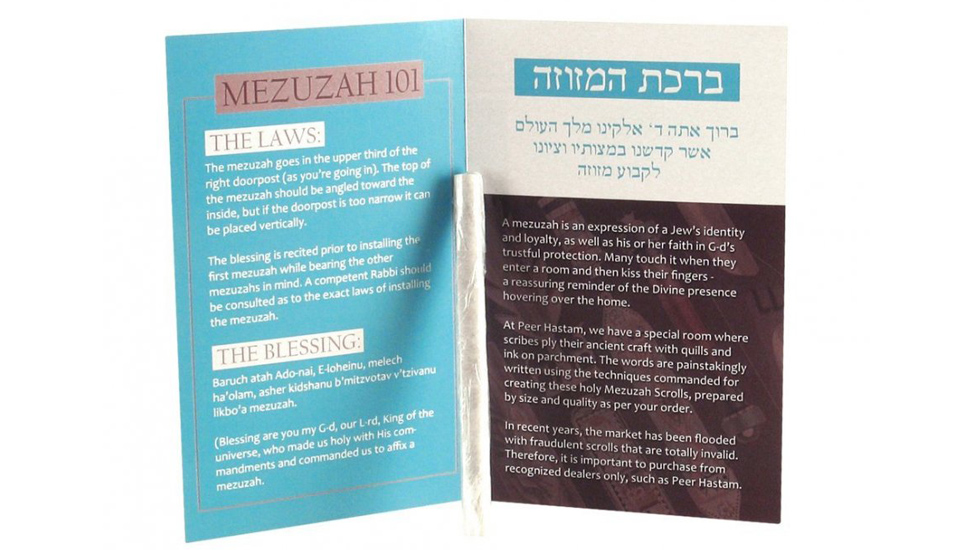 What is a Mezuzah?

Mezuzah is a Hebrew word meaning doorpost. However, it is used to refer to the parchment contained in a small case attached to the doorposts of Jewish homes worldwide. The Mezuzah serves as a constant reminder of G-d’s presence and of every Jewish person’s obligations towards Him.

What is the source for attaching a Mezuzah to the doorpost?

The book of Deuteronomy contains a part of Jewish daily prayers known as Shema. It is found in the sixth chapter of the book, verses four until nine. In the passage, among other things, G-d commands the Jewish people to heed his words, to love Him and to be constantly aware of him. In the passage there is a reference to writing “these words” on one’s doorposts. Rabbinical interpretation of the Biblical Source came to understand this to mean that Jewish people are obligated to literally attach these Biblical verses to one’s doorpost.
Therefore, a hollow container holding a couple of paragraphs that are written on parchment are found on most traditional Jewish house’s doorposts. On the back of the scroll is written one of the names of G-d, Sha-dai which is also an acronym for the Hebrew words that mean “Guardian of the Doors of Israel’. The Mezuzah protects the inhabitants of the home whether they are at home or not. The scroll is rolled up in such a way that the name of G-d is visible and it is then placed in the container.

What exactly is written on the scroll inside the Mezuzah?

The scroll has two sections from the Torah written upon it. Both sections are from the book of Deuteronomy, one is part of the sixth chapter, one part of the eleventh.
The first section speaks of the commandment to love G-d with all of the aspects of one’s being- one’s heart, soul and physical being. It continues to speak about the importance of teaching G-d’s teachings to one’s children in all kinds of situations- whether at home, while travelling, when laying down to sleep and when rising from the bed. Then, there comes the commandment to write these words on the doorposts of one’s house.
The second section describes what blessings G-d will bring upon His people if they obey Him and how He will punish them if, G-d Forbid, they go against Him. It also repeats the commandment to teach these things to one’s children and promises a reward of longevity for those who heed His word. 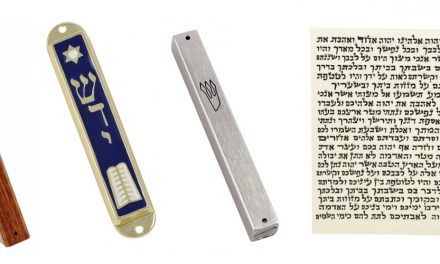 How to buy Mezuzahs